PLEDGE TO NOT DRIVE WHILE HIGH UNDER THE INFLUENCE OF MARIJUANA

While the legal and scientific landscape surrounding marijuana is evolving faster than ever, there are facts we know for certain: driving under the influence of weed increases the risk of harm to yourself and others. Scientific data shows that smoking marijuana impairs critical abilities necessary for safe driving. Taking a puff before you get behind the wheel could be the difference between life and death.

If you care about your friends, your family, and yourself, we invite you to join the movement and take the pledge:

I will not drive under the influence of marijuana. 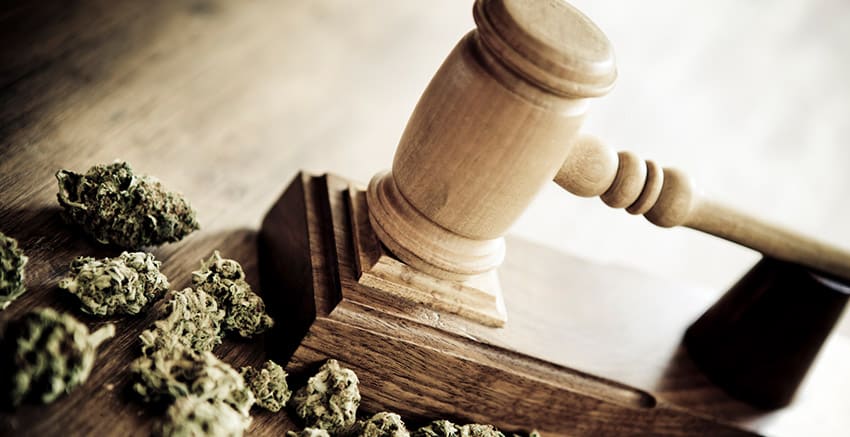 Eighteen states, the District of Columbia, and three U.S. territories have legalized the recreational use of marijuana for adults, and 37 states, the District of Columbia, and four U.S. territories have legalized the use of medical marijuana with varying regulations governing it.[1] Marijuana has also been decriminalized in 27 states meaning that small amounts are generally not state crimes and even if considered local infractions, there is no jail time.[2] Marijuana can be purchased in leaf form, edible forms, patches, gums, vape pens, and more. The rates of marijuana use and experimentation are quickly increasing.

Under federal law, the use or possession of marijuana is still illegal for any purpose. However, the attorney general has reiterated that the Department of Justice will not prioritize prosecuting marijuana use.[3] If your state has legalized marijuana, you can likely use it without legal consequences so long as you follow your state’s laws. However, understanding the laws of your state can be tricky, and actions that are legal in one state might not be legal in another.

Arizona became one of the most recent states to legalize recreational marijuana on Nov. 3, 2020, with the voters’ passage of Proposition 207.[4] This bill amended several statutes and added Chapter 28.2 to Title 36 of the Arizona Revised Statutes. Under A.R.S. § 36-2852, adults ages 21 and older are now allowed to possess, consume, buy, transport, cultivate, or manufacture one ounce or less of marijuana, five grams or less of marijuana concentrate, or six or fewer plants.[5] Previously, the simple possession of marijuana was a felony. People who have past marijuana convictions that would be covered by Prop 207 will be able to petition the court to expunge their records beginning in July 2021.[6]

While this law has had a major impact on the state’s criminal laws, it did not change the fact that you can still be convicted of a marijuana DUI if you drive while impaired by marijuana under A.R.S. § 28-1381. Under 28-1381(a), you can be convicted of driving under the influence of marijuana if your driving is impaired to the slightest degree.[7]

Regardless of where you live, every state has a law that deals with drug-impaired driving.[8] While the specifics might vary from state to state, you will be breaking the law if you drive while you are impaired by any substance, whether or not it is legal.

There’s a good reason why driving high will get you jail time. Scientists have been studying the impact of marijuana on brain function for years, since long before the first recreational marijuana laws came into effect. We know more today about marijuana’s impact on our minds and motor functions than we have at any previous point in history. Much of the paranoia and fear around marijuana use is being replaced by rational insight and knowledge. The days of “Reefer Madness” hysteria are long behind us.

As with most areas of science, though, we’re continuing to learn, experiment, and refine our understanding. There are things we understand well, and things we’re less certain of and trying to understand better.

One thing we’re absolutely certain of is that there is a direct relationship between blood THC concentration and impaired driving ability. [9] To quote one scientific review of the available research related to smoking marijuana and driving: Smoking marijuana has been shown to affect a number of driving-related skills. Laboratory, simulator and instrumented vehicle studies have shown that marijuana can impair critical abilities necessary for safe driving such as responding to unexpected events – emergency braking; cause problems with road tracking – land position variability; decrease divided attention – target recognition; impair cognitive performance – attention maintenance; and impair executive functions – route planning, decision making and risk taking. [10]

It doesn’t matter whether you smoke, vape, or eat a THC-laced edible; if you’re high from marijuana, you’re increasing the risk to yourself and others if you get behind the wheel.

If you get pulled over and show signs of impairment, the cops aren’t going to accept “it was just a THC brownie” or I have a medical condition as an excuse; you’re getting a well-deserved ticket, and possibly jail time. And if you cause a crash, the legal consequences of being under the influence of marijuana are always more severe than if you had been sober.

Driving on weed is dangerous. It’s also completely unnecessary. We all carry smartphones that are capable of calling an Uber, Lyft, taxi, friend, parent, great-uncle who lives nearby, etc. There’s no excuse for putting the lives of yourself and others in danger by getting behind the wheel stoned.

We want to help put an end to marijuana-impaired driving.  Here’s how you can help.

For Teens and adults – Join the movement and take the pledge: I promise NOT to get behind the wheel when under the influence of marijuana.  I’ll call a friend, a rideshare, a taxi, or a relative.  No matter what happens, I won’t put myself or others in danger.

For Parents – Talk to your kids about the dangerous impacts of marijuana on driving.  Let them know that if they get into trouble, they can call you to come and get them.  Let them know you love them no matter what, and it’s better to come clean to you then to risk jail time or a life-threatening car crash.