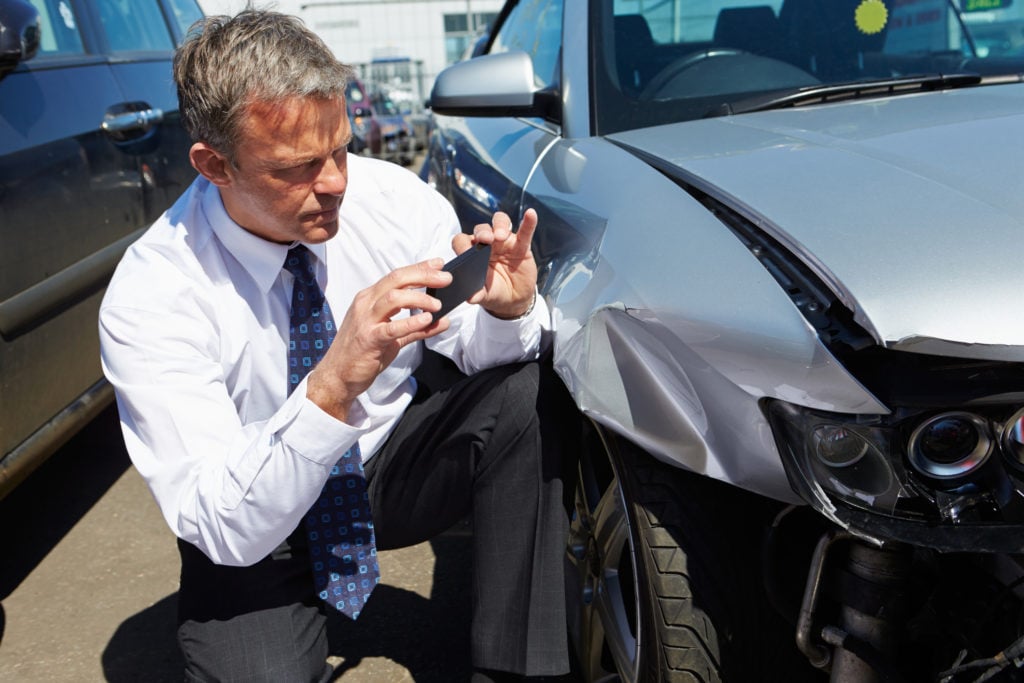 The first and most important thing to do after an accident is to see if anyone needs immediate medical care and, if so, to call 911. Offer the individual(s) whatever assistance you can until emergency personnel arrive. Note that it is not always possible to tell whether you or someone else needs medical attention. When in doubt, call 911.

After that is accomplished, there are several things you should do immediately to help build a strong case in an insurance claim. You’ll need to do this since you may have expenses such as medical care, vehicle damage repair, rental car, and lost wages if you are unable to work temporarily. These costs can be covered or reimbursed through an insurance claim.

Here’s what you need to do.

Get a police report

Call the police and explain what happened. State only the facts, and do not admit fault. You might inadvertently take more blame on yourself than you should because you are not aware of all the facts that contributed to the accident. Even off-hand remarks could be used against you later.

The police officer will investigate the scene of the accident, inspect the damage to the vehicles, and talk to witnesses. He or she will determine if one or more drivers broke any traffic laws, who is at fault and to what degree.

The officer will then make a report. Ask for the officer’s name, badge number, the police report number and a copy of this report. The police report is a crucial and trusted piece of evidence in an insurance claim and, if it comes to that, a lawsuit. Frequently, the other driver will later claim the vehicle was severely damaged and that they sustained serious injuries, even though it was a minor fender bender. A police officer’s report can prove invaluable in cases such as these.

Take photographs of the scene

Photographic evidence can make or break a claim. When in doubt, take more photos than you think you need. You won’t get a second chance to record the immediate aftereffects of an accident. Here are some things you should photograph:

• Traffic signs: What did those signs tell the drivers to do?

• Any type of damage to your vehicle and the other driver’s vehicle.

• The road conditions surrounding the accident. This includes snow, rain, debris on the road that may have caused someone to swerve, etc.

• Your injuries, both immediately following the accident and later if, for example, a severe bruise develops a few hours later. These pictures are very powerful testimony demonstrating your pain and suffering.

Ask for the other driver’s and passenger’s information

Get the other driver’s (or multiple drivers’) name, address, phone number, email, insurance information, license plate number, and the make and model of the vehicle.

Accidents are often a case of he-said-she-said, with both drivers believing they are innocent and the other is to blame. Witness testimony can prove invaluable in an insurance claim or lawsuit. If anyone witnessed the accident, get their name and contact information. Your lawyer can later interview them, and they can provide testimony. Perhaps, for example, they were able to see the other driver texting, while you were not.

Even if you think you’re OK, it’s important to seek medical care. The shock following a collision can overshadow pain. The symptoms of whiplash, for example, often do not show up for another day. A physician can accurately diagnose you immediately and write a medical report that will be used as evidence. If you do not get diagnosed and later discover you have injuries, you might not be able to include them in an insurance claim.

Consult with an attorney

A personal injury attorney will explain your legal rights and options. He or she will take care of all communication with the insurance companies. A lawyer will conduct a thorough investigation of the accident, including the police report and medical reports. The attorney may also seek out and interview eye-witnesses, collaborate with accident re-construction specialists and medical specialists, and secure video footage of the collision.

The Lamber-Goodnow Personal Injury Law Team offers free, no-obligation consultations to people who have been involved in an accident. We don’t get paid until you get paid.